Just ten minutes’ walk from the charming village centre and only 7 miles from Stratford-upon-Avon, Kings Meadow is a desirable new neighbourhood in the heart of Warwickshire. On the northern edge of Bidford on-Avon, half a mile from the village’s busy High Street, the development is just five minutes’ drive from the A46, offering drive times of around half an hour to Worcester and Leamington Spa.

Buses between Stratford-upon- Avon and Evesham stop 150 yards away, and the journey to Stratford takes around fifteen minutes. Bidford-on-Avon is served by two railway stations. Trains between Hereford and London Paddington stop at Honeybourne, five miles south of the village, reaching Worcester in around 30 minutes and London in approximately two hours. Services from Stratford-upon- Avon, seven miles to the east, run to Birmingham, around 40 minutes away, and to Leamington Spa from where there are connections to London Marylebone and Euston.

*Please note images are for information purposes only and may not represent a true likeness for the units being sold. Some or all images have been digitally furnished to represent how the home could be laid out and the final colours/appearance may differ from the images. 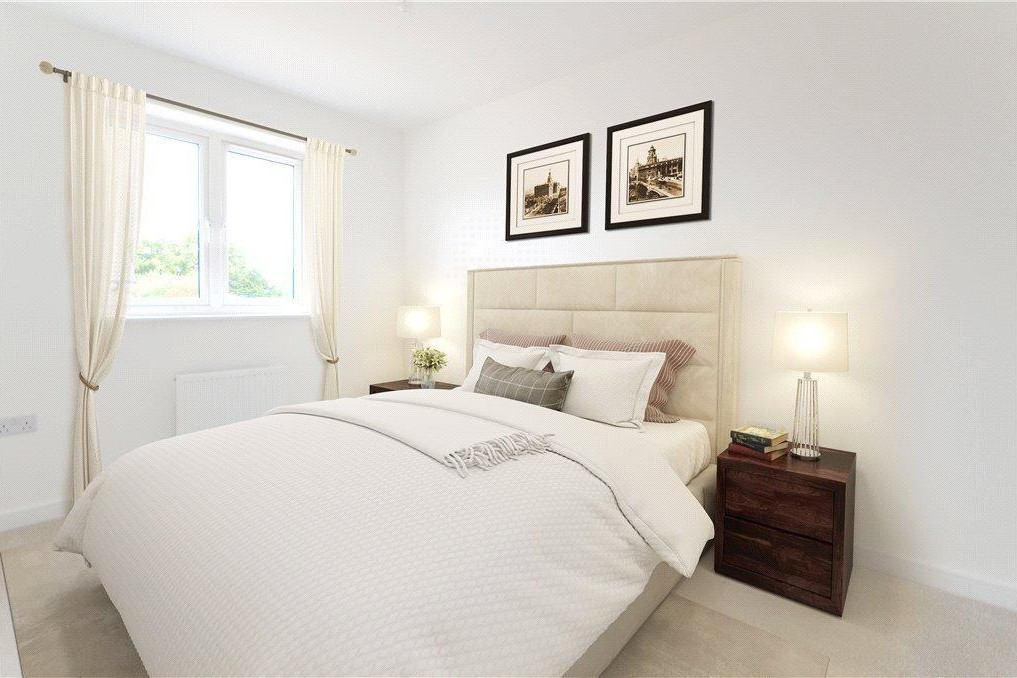 Just ten minutes’ walk from the charming village centre and only 7 miles from Stratford-upon-Avon, Kings Meadow is a desirable new neighbourhood in the heart of Warwickshire.

Not sure what you can afford to buy with Shared Ownership? We'll help you work out the costs with our handy affordability calculator tool.